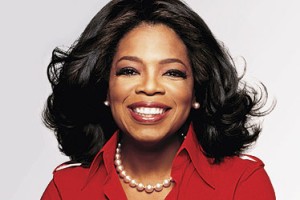 The financial magazine Forbes published a list of the highest earning television personalities, and Ms. Oprah Winfrey leads the way by earning a well-deserved $260 million during the fiscal year of June 2006 to June 2007. Forbes’ financial rankings are usually based on estimates.

Today on Ms. Winfrey’s televsion program, she interviews guests who are ‘Born in the Wrong Body’ and living in the world as a transgender. And read Condoleezza Rice’s article on Ms. Winfrey in Time magazine.