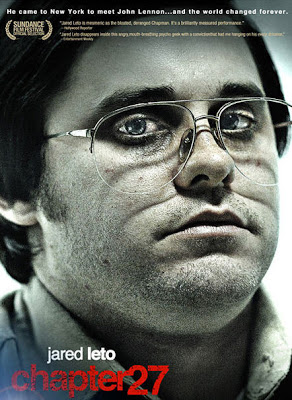 Synopsis: On December 8, 1980 Mark David Chapman shocked the world by murdering the beloved purveyor of peace, 40-year old musician and activist, John Lennon, outside The Dakota, his New York apartment building. Chapman’s motives were fabricated from pure delusion, fueled by an obsession with the fictional character Holden Caulfield and his similar misadventures in J.D. Salinger’s Catcher in the Rye. In one instant, an anonymous, 25-year old, mentally unstable, socially awkward Beatles fan–who had fluctuated between idealizing Lennon and being overcome with a desire to kill him–altered the course of history.

Based on the book – Let Me Take You Down: Inside the Mind of Mark David Chapman, the Man Who Killed John Lennon.