Leave a comment Posted by Reserve Result. on April 2, 2008 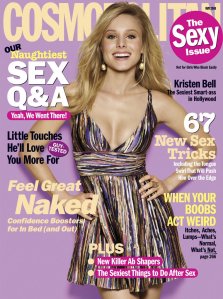 The gossip press: I could spend all day weeping about the bad parts of this career, but I wouldn’t change it…you just buck up and build a thicker skin, you know?

If I weren’t an actress, I’d be a: Vet. The Patch Adams of the veterinary world.

The weirdest rumor I’ve heard about myself is: That I got a boob job. I’m barely a B cup!

Despite what you’ve heard I’ve never: Dated Justin Timberlake. I’ve never even met him, so you can understand why I was surprised to read an article about our torrid love affair.

Synposis: Struggling musician Peter Bretter has spent six years idolizing his girlfriend, television star Sarah Marshall. He’s the guy left holding her purse in paparazzi photos and accidentally omitted from acceptance award speeches. But his world is rocked when she dumps him and Peter finds himself alone. After an unsuccessful bout of womanizing and an on-the-job nervous breakdown, he sees that not having Sarah may just ruin his life. To clear his head, Peter takes an impulsive trip to Oahu, where he is confronted by his worst nightmare: his ex and her tragically hip new British-rocker boyfriend, Aldous, are sharing his hotel. But as he torments himself with the reality of Sarah’s new life, he finds relief in flirtation with Rachel, a beautiful resort employee whose laid-back approach tempts him to rejoin the world. He also finds relief in several hundred embarrassing, fruity cocktails.