Leave a comment Posted by Reserve Result. on December 9, 2008

Brad Pitt and Angelina Jolie attend to their fans and promote director David Fincher’s The Curious Case Of Benjamin Button at its premiere at Mann’s Village Theater in Los Angeles, California. The $150,000,000 budget Benjamin Button rolls into theaters on Thursday, December 25. 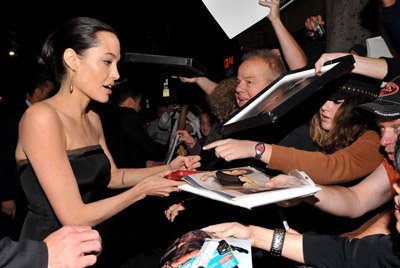 Benjamin Button is a man who is born in his eighties and ages backwards. He is a man, like any of us, unable to stop time. Set in New Orleans from the end of World War I in 1918, into the 21st century, we follow a journey that is as unusual as man’s life can be. As we travel through time, we meet the people and places that Benjamin bumps into along the way, the loves he loses and finds, the joys of life and the sadness of death, and what lasts beyond time. 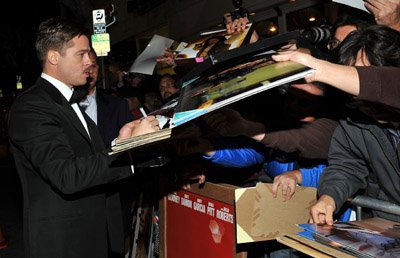