Leave a comment Posted by Reserve Result. on February 21, 2011

The Angeleno artist ~ Max Neutra ~ has an opportunity to participate in the upcoming Art Battles event and needs everyone’s help in landing him a spot, by clicking on artbattles.com/artists/max-neutra and voting for him.

Thanks in advance, and oogle his video below ~

I’m in a competition. If I get enough votes, I would win a chance to go paint for 6 weeks in Spain and France for a cool group called Art Battles.

It’s really easy to vote actually. All you have to do is go to this link ~ artbattles.com/artists/max-neutra

~ and click the plus sign next to “vote for this artist”. People can vote once a day, so encourage people to vote again each day. We have only until Friday to win this!

I hope you are happy and healthy and doing great!

Leave a comment Posted by Reserve Result. on February 20, 2011

Artist AJL and Motion Pixer in his own right, has been documenting his fellow artists ~ as they bomb Los Angeles streets ~ at night. When recession-survivors, corporate über-staffers and coke-benders sleep off their worries, AJL captures his colleagues and their escapades ~ exhibiting art on the streets.

And now you can oogle AJL documentary vids ~ and enjoy artist Thank You X highlight.

Leave a comment Posted by Reserve Result. on February 16, 2011

The King Of Limbs is available online now @ thekingoflimbs.com and will be released in stores on Monday, March 28. To oogle more Radiohead deets ~ visit radiohead.com.

Leave a comment Posted by Reserve Result. on February 12, 2011

Die Posers Die! ~ The Nonconformist is curated by Catharina Pedersen and tunes with musicians Keith Morris and Riki Rachtman. The exhibit is an invite-only, so RSVP @ Exhibitagallery.com/RSVP.

I’ve been trailing Obtain street art and ‘ve shot ‘roids of their work, and here’s to RR kiddies oogling ’em as well.

Curtis Kulig ~ Love Me @ The Standard

Leave a comment Posted by Reserve Result. on February 9, 2011

Artist Curtis Kulig painted a Love Me mural at The Standard Hotel in Downtown location with the assistant of legendary skater and artist Steve Olson. The Love Me mural installation is located on 6th Street in Downtown Los Angeles and enjoy the behind-the-scene vid ~ below.

The vid was shot by artist Skullphone and laced with the track ~ Somebody To Love Me ~ by Mark Ronson & The Business Intl. You can oogle Kulig’s pixes @ curtiskulig.com, Olson’s DIE POSERS DIE ~ The Nonconformist @ Exhibit A and Skullphone’s art @ skullphone.com.

Leave a comment Posted by Reserve Result. on February 5, 2011

Hello friends ~ We have some very unfortunate and sad news and we need your help to solve it. Last night towards the end of our These Friends opening someone stole a piece off the wall and bolted out the front door. It was Jason Lee’s one of a kind 8×10 Polaroid of the late Dennis Hopper. The artist is putting up a $25,000 dollar reward to anyone who brings it back to us. This is a very sentimental one of a kind piece for obvious reasons. The thief can come forward anonymously and charges won’t be pressed against him. Please get the word out and help us get Jason’s art back. 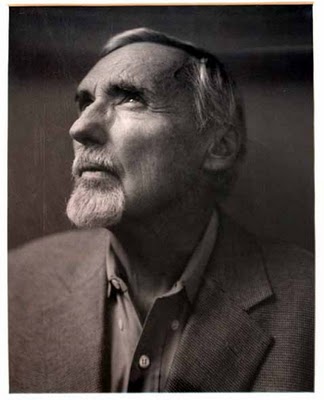 Leave a comment Posted by Reserve Result. on February 4, 2011

The History of American Graffiti ~ co-written by Roger Gastman and Caleb Neelon ~ drops on Tuesday, April 5. The Harper Design book traces the roots of an explosive and influential art form, from its its early freight trains days to its big-city boom on the streets of New York City and Philadelphia to its modern-day influences.

The History of American Graffiti is packed with over one thousand photographs—the majority of which have never before been seen—from more than two hundred photographers, most of whom also created the artwork. The authors have spent the better part of the last four years interviewing key figures in the graffiti world throughout America—from the bedrock cities of New York City, Philadelphia, and Los Angeles to more than twenty metropolitan hotspots, including Chicago, Boston, Miami, New Orleans, San Diego, and Seattle. Approximately 90 percent of the art in this book has never been published, and was sourced directly from the artists who lived the scene, giving the book a raw street vibe as authentic as the history it documents.

The foreword is by legendary graffiti artist, TAKI 183. Considered one of the founding fathers of the graffiti arts movement, TAKI 183 has never before contributed writing to any book or media article on the subject. 2011 marks the fortieth anniversary of the 1971 New York Times article written on TAKI 183, “TAKI 183 Spawns Pen Pals,” that ignited the movement in New York City and cast TAKI 183 as the world’s first famous graffiti artist.

Despite many small niche titles catering to graffiti’s practitioners, there has never been a comprehensive and accessible book that details the full history ~ from the 1800s to the present day ~ of American graffiti. The History of American Graffiti is unlike anything ever published before on the subject. It is the category game-changer and the ultimate word on the medium as told from the artists who created it. ~ Angelique Groh [Charm School].

You can obtain deets @ amazon.com/History-American-Graffiti-Roger-Gastman.

Leave a comment Posted by Reserve Result. on February 2, 2011

In the adjacent room, there’ll be new works by David Choe as well, which’ll be must-haves for all collectors. You can still oogle Keegan Gibbs ~ Open Space ~ exhibition currently at Known Gallery.

Leave a comment Posted by Reserve Result. on February 2, 2011

Check out the behind-the-scene footage of Art Project powered by Google. Enjoy the short video below –

The Art Project is a collaboration between Google and some of the world’s most acclaimed art museums. Powered by a broad, connected suite of Google technologies, the world’s great works of art and museums are now within reach to an unprecedented global audience.