Leave a comment Posted by Reserve Result. on July 8, 2012 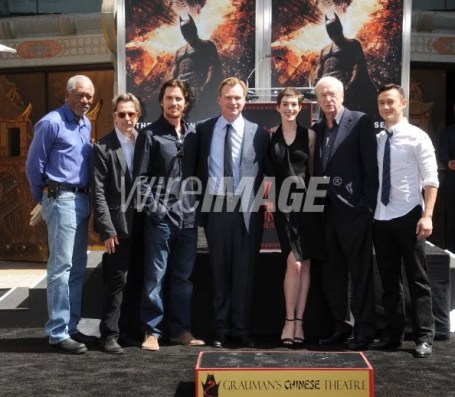 Leave a comment Posted by Reserve Result. on February 6, 2009

Christian Bale apologies about his hurtful words towards cinematographer Shane Hurlbut during the production shoot of McG’s Terminator Salvation on location. Bale called into America’s radio station – KROQ and admits:

It’s been a miserable week for me. I know I have a pottymouth, everybody knows that now. I have no confusion whatsoever. I was out of order beyond belief, I was way out of order. I acted like a punk, I regret that and there is nodbody that has heard that tape that has been hit harder by it [than me]. I make no excuses for it, it is inexcusable and I hope that is absolutely clear.

One thing that has really disturbed me throughout this is I’m not familiar or comfortable with this notion of being a movie star. I’m an actor and I’m don’t quite know how to handle [the movie star thing]. The thing that disturbs me so much is that I’ve heard a lot of people saying that I seem to think I’m better than anybody else. Nothing could be farther from the truth. I’m a lucky SOB. I never forget that and that is why I put so much into what I do and I care so much about it . Sometimes that enthusiasm just goes awry.

I am embarrassed by it and I regret it. And I ask everybody to sit down and ask themselves, ‘Have they ever had a bad day and have they ever lost their temper and really regretted it immensely?

The thing I really want to stress is that I have NO confusion what-so-ever. I was out of order beyond belief. I acted like a punk. I regret that and there is nobody that has heard that tape that is hit harder by it than me. I make no excuses for it, it is inexcusable.

In [T2] you will meet Sarah Connor. And she is in an insane asylum—why is she there? Because she is crazy. Now I play John Connor her son, and on the day that all of this happened, the scene that we were doing, I was trying to show a little of that in-the-blood craziness, and it went a little wrong… I took it way too far, and I completely mixed up fact and fiction. I’m half John Connor, I’m half Christian there.

I’ve not only talked with [DP Shane Hurlbut], we’ve resolved this completely. That very day we kept working for a number of hours. Listen when I’m saying I’m not coming back on that set if he’s still hired, it’s hot air. I don’t believe that. I have no intention of getting anybody fired.

And another thing: a lot of people that I was a bully to this guy. That’s an insult to Shane. He is a big guy. I couldn’t have bullied that guy if I tried. He’s much bigger than me—he’s an ex-friggin football player.

You can hear Christian Bale’s verbal assault here – TMZ – and his apology here as well – TMZ.

Leave a comment Posted by Reserve Result. on December 13, 2008

Director Joseph McGinty Nichol retools the Terminator franchise with Christian Bale as John Conner now in his 30s, leading what is left of the human race against the machines in Terminator Salvation: The Future Begins. It hits theaters on May 22.

Christian Bales begins his Batman – Dark Knight promotion and he graces the cover and pages of Details to sell his new film.

On working with his Dark Knight co-star – Oscar-nominee Heath Ledger: He was incredibly intense in his performance but incredibly mellow and laid-back. Certainly there was this great anarchistic streak to it — just getting dirtier than anybody’s envisioned the Joker before. … Naturally, (the movie) was something I wanted to share with him — and expected to do so. And I can’t do anything else but hope that it will be an absolutely appropriate celebration of his work.

When was the last time you were mistaken for someone else: Yesterday afternoon I was sitting somewhere and somebody started chatting. They said they were an agent, and they asked what I do, and I said, “I’m an actor.” And they said, “Oh, how’s that going for you?” I said, “I think it’s all right.” And they said, do I have an agent?
“Yes, I have an agent.”
“Well, if you ever need any help getting work, give me a call.”
So I said, “Thanks very much.” I think the best one ever was when a casting director saw me in a hotel lobby and practically ran at me, holding a script: “Thank god I’ve finally found you! We have this movie that you’re perfect for, and this is an amazing coincidence. The director and producer are not going to believe it, that I just bumped into you! We’ve been talking about how perfect you are for this role for so long! Finally, I met Christian Slater.”
“Christian Bale.”
“Excuse me?”
“I said, ‘Christian Bale.'”
And she went, “Oh, I’m sorry,” took the script, and walked away. 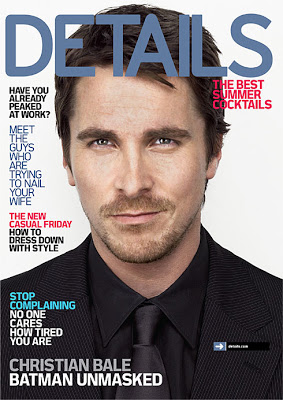 You can watch Bale and Ledger’s performances in The Dark Knight, when it hits theaters on Friday, July 18th of 2008.

Director Christopher Nolan’s The Dark Knight arrives in theaters on July 18, and Christian Bale stars as Batman and Heath Ledger as the Joker. 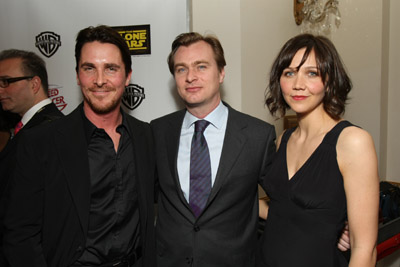 Leave a comment Posted by Reserve Result. on January 22, 2008

Leave a comment Posted by Reserve Result. on December 17, 2007

Warner Brothers Studio have leaked the first six minutes of The Dark Knight, which reveals the opening sequence with The Joker (Heath Ledger) and Prison Break’s William Fitchner.