Jack Black and Michael Cera star in director Harold Ramis, writers Gene Stupnitsky and Lee Eisenberg, and producer Judd Apatow’s biblical comedy – Year One, a couple of lazy hunter-gatherers are banished from their primitive village, and they set off on an epic journey through the ancient world. It looks funny, check out the trailer below.

Leave a comment Posted by Reserve Result. on October 10, 2008

Jack Black – Tim’s High Fidelity co-star and friend – came out to celebrate with Robbins and family as well. 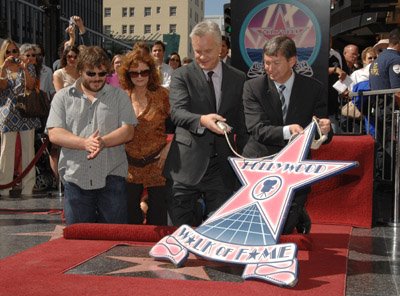 The City of Ember: For generations, the people of the City of Ember have flourished in an amazing world of glittering lights–underground. Built as a refuge for humanity and powered by a massive generator, this City will only sustain for 200 years. Now Ember is falling into darkness as the generator fails. Despite growing concern for the future of their beloved City, Ember’s students find themselves confronting the next step in their lives. A rite of passage for all graduates, it is Assignment Day, the day on which the Mayor himself will stand before the graduating students as they choose, by lottery, how they will spend their lives working for their society. Lina, praying with all her might to be a messenger, is devastated to be assigned to the Pipeworks, the vast network of pipes underneath the City. Her classmate, Doon Harrow, who wants more than nothing else to work in the Generator, panics when he pulls the messenger assignment. Doon offers to swap assignments with Lina. She is thrilled and grateful and eagerly changes jobs. Thus, an unlikely friendship is born. Lina finds herself zipping all over Ember, delivering important missives to even more important people, including the mayor himself. At home she cares for her aging and forgetful grandmother, and her baby sister Poppy. When an old metal box is discovered in their closet, Lina’s grandmother is overjoyed. Completely sure that the contents of the box are of the utmost importance, she is completely bereft of any memory as to why. Lina manages to jimmy the lock open, and discovers some cryptic papers inside. Unable to piece the papers together, but sure that they are important, Lina resolves to decipher their meaning and enlists Doon’s help. As blackouts in the City become more frequent, Lina and Doon realize that the information inside that box could lead to the salvation of their City and their fellow citizens. Now racing against the clock, the two follow the clues, cleverly maneuvering around corrupt politicians and unsavory characters hoping to keep them from their goal: restoring the light in the City of Ember.

On being an American badass: In ninth grade, I did acid and cocaine. I wanted desperately to be an American badass. There’s something so romantic, when you’re a kid, about being a criminal. You want to belong to the tough-guy club. Running from the cops. Hiding in the bushes. Making schemes and plans to get it over on the Man.

On the effects of trying drugs: I don’t think so, but I had a lot of fun when I did the acid, ­laughing harder than I ever had, seeing the absurdity in life in a way that I’d never really considered. I was whole for the first time ever, like, The whole universe makes sense. But then later that night I couldn’t go to bed, and I wanted it to be over. It wasn’t funny anymore, the universe no longer made sense, and I was stuck in this prison in my brain for, like, six hours. I only had, like, one hour of absolute bliss. So the pain outweighed the glory, and I never wanted to do it since. Maybe the experimentation prevented later abuse, because I did not party nearly as hard as the other kids in high school and college.

Synopsis of Tropic Thunder: Everything goes wrong during the making of a big budget war movie and the actors end up becoming the commandos they are playing.

To read the full article and watch the photo shoot video, visit Blender.

We got our hands on an explicit trailer for Ben Stiller’s new comedy called Tropic Thunder. The trailer is funny and isn’t safe for work environment.

Synopsis of Tropic Thunder: Everything goes wrong during the making of a big budget war movie and the actors end up becoming the commandos they are playing. 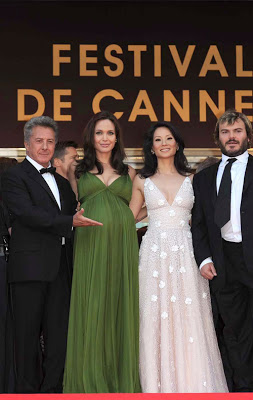 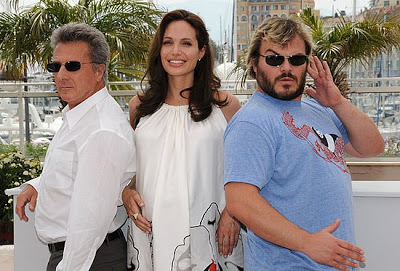 Synopsis: Enthusiastic, big and a little clumsy, Po is the biggest fan of Kung Fu around–which doesn’t exactly come in handy while working every day in his family’s noodle shop. Unexpectedly chosen to fulfill an ancient prophecy, Po’s dreams become reality when he joins the world of Kung Fu and studies alongside his idols, the legendary Furious Five–Tigress, Crane, Mantis, Viper and Monkey–under the leadership of their guru, Master Shifu. But before they know it, the vengeful and treacherous snow leopard Tai Lung is headed their way, and it’s up to Po to defend everyone from the oncoming threat. Can he turn his dreams of becoming a Kung Fu master into reality? Po puts his heart–and his girth–into the task, and the unlikely hero ultimately finds that his greatest weaknesses turn out to be his greatest strengths.

Leave a comment Posted by Reserve Result. on March 4, 2008

Leave a comment Posted by Reserve Result. on January 31, 2008

Noah Baumbach’s Margot At the Wedding 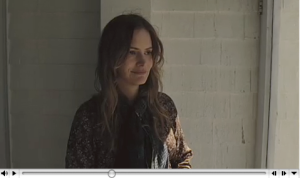 Synposis: A mother and her son visit her sister over the weekend, in a story about coming to terms with one’s family and one’s self in distress.