Leave a comment Posted by Reserve Result. on December 12, 2011

For its first show ever, Katherine Cone Gallery had a retrospective of Billy Al Bengston’s paintings from 1958 until now. Most of the work was huge and if you studied some of the pieces carefully, you can make out the details of an orchid smack dab in the center of several paintings.

The opening was full of real collectors – something that’s rare at most of contemporary exhibits. And I spotted a collector walking around the gallery with a puppy – which I’ve heard is a good luck sign.

Katherine Cone was the former Director of Subliminal Projects in Echo Park and now has the exciting position of having complete control and access of her own gallery – in the heart of Culver City.

P.S.: Billy Al Bengston is 77-year old and owns a cooler website than most tech-savvy kids that grew up in this internet era.

Leave a comment Posted by Reserve Result. on December 11, 2011

Wild girls in layers of makeup and elaborate dresses flooded the gallery when the model-turned-Youtube sensation Kyary Pamyu Pamyu began singing her hit song PonPonPon at the launch party for the Rune Boutique pop-up shop at Royal/T. However, tragedy struck when the CD that Pamyu was lip-syncing to began to skip and instead of freaking out she handled it in the cutest way possible – striking a Kawaii pose until everything was fixed.

After she and her backup dancers finished their set, the production crew reset the stage so that the electrifying Japanese fashion line %6DOKIDOKI could begin its runway show, which culminated in a grand finale of this monster coming onstage and dancing with all the models.

The whole night had already felt like an acid trip by this point, so when I spotted Ninja and Yolandi from the band Die Antwoord in the VIP room my brain just near exploded.

If you get a chance to make it out to Culver City to visit the Rune Boutique pop-up shop, you’ll be enamored by 6%DOKIDOKI’s clothes, MEDICOM’s toys, and original art by Rune Naito – one of the originators of the Kawaii movement in Japan.

Although it has been confirmed that Phish will be holding a three day festival, the question thousands of people are wondering is where? The October 30th – November 1st dates will be a musical, eye opening adventure for newbies, and hopefully another historic Halloween performance for Phish aficionados.

Most fans are privy to the band’s 1994 Halloween performance of The Beatles’ White Album, The Who’s Quadrophenia in 1995, Talking Heads’ Remain In Light in 1996, and Loaded by The Velvet Underground in 1998. The festival, rumored to be in Indio, California, will force a migration of unwavering masses, as this will cap an epic comeback tour and the release of Joy, the band’s first studio album in five years.

Phish is currently working on their 14th studio album – Joy – which is slated for release on Tuesday, July 28.

Chad Shore is a writer @ Reserve Result (RR) and currently working on his screenplays. And you can stalk him @ Chad@ReserveResult.com. var addthis_pub=”reserveresult”;

Dow Down & Obama Up

Leave a comment Posted by Reserve Result. on October 12, 2008

The Republicans made two fatal mistakes this election. The first was their presidential nominee. The second was their vice presidential nominee. If Mitt Romney had won the nomination, the race would be much closer now. He ran a corporation, his specialty is economics, and he could lord that over the Democratic ticket, despite the fact that corporate CEOs aren’t too popular these days and he was named after a baseball glove. 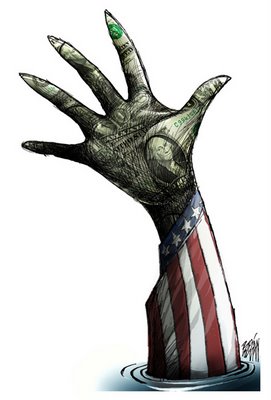 McCain is a self-described illiterate as far as the economy is concerned. Since he had warned the executive branch about the housing crisis in a strongly-worded letter, it behooved him to pick a running mate that knew something about the economy. He should have chose Romney as his running mate, or even Carly Fiorina, who ran Hewlett Packard.

Plain and simple, McCain had a chance to compensate for his short-comings, but instead lunged for votes. Compare this with Obama, who picked Biden to compensate for his foreign policy short-comings, despite all evidence that picking Hillary Clinton would net him more votes. He was mocked by Rudy Giuliani for not picking Hillary for that reason, but the fact is we need a president who will do what is best, not what will get more votes. And in the process, he’ll get both.

Jason Stürmer is a contributor for (RR) and the writer of Mailroom.

Put Palin on the Supreme Court

Leave a comment Posted by Reserve Result. on September 17, 2008

Dahlia Lithwick, a senior editor at Slate, wrote a very convincing article about how Sarah Palin perhaps was miscast by McCain.

Leave a comment Posted by Reserve Result. on September 15, 2008

On bad news on Wall Street from Lehman Brothers, Merryll Lynch, AIG, and now Hewlett Packard has caused a 500 point drop in the Dow — the largest drop since 9/11. If you want insight into how knowledgeable the two great crowd-pleasers of the campaign are on the crisis, compare a speech Barack Obama made in March…

With a speech Sarah Palin made today:

One talks at length about details, one sounds like she’s talking to five-year-olds. And if you want to hear what John McCain said, he just repeated his favorite slogan, “The fundamentals of our economy are strong.”

Jason Stürmer is a contributing writer for (RR)

Leave a comment Posted by Reserve Result. on September 14, 2008

The bad news is that Karl Rove, aka “That ad is so sleazy it’s Rovian” Rove, mentioned Sunday that McCain went “one step too far” in his ads attacking Obama.

The good news is that all is forgiven, Mr. McCain. Just check out this SNL sketch I found on YouTube: “Shall I Luffa Your Back?”

Leave a comment Posted by Reserve Result. on September 12, 2008

As many of you know, Sarah Palin has been off-limits to reporters since the announcement of her VP pick by McCain. Tonight is part 1 of her first sit down interview, and it’s on ABC tonight at 11:30. You may also read the transcript and some video snippets online right now on the ABC News website. Trust me, it is very revealing of who could be our next vice president and, potentially, our president. Charles Gibson asks some hard-hitting questions.

Also, there’s a fresh snippet of the interview on YouTube, which could serve to distance her from Bush, but not in a good way…

Update: Sarah Palin, in her send-off speech today to her son and his Iraq-bound brigade, linked 9/11 to Iraq, a view since discarded by Bush and the rest of the informed world.

Jason Stürmer is a staff writer.

The Seventh Anniversary of 9/11

Leave a comment Posted by Reserve Result. on September 11, 2008

Senators Obama and McCain were in New York City today to participate in a forum on national service and to show their respect at ground zero. As he was in the area, Obama went on Letterman and had a great interview. Obama mentioned how great Letterman’s speech was on his first show after the attacks. And I just so happened to find that video on MyspaceTV:

Jason Stürmer is a Staff Writer at (RR) and lives in California.

Missing All the Fireworks

Leave a comment Posted by Reserve Result. on September 3, 2008

You’re Missing All the Fireworks

If you’re not watching the political convention coverage, you are missing the most interesting thing on television right now. The DNC was spectacular for its historic and well-choreographed nature, while the RNC is turning out to be just as spectacular—the way a fireworks truck plummeting off a cliff is spectacular. There is one long shot for the Republican ticket this time around: Sarah Palin’s speech. If it’s a speech that can rival one of Obama’s, that will surely help. With only two months left until November 4th, we need to get to know the Republican VP nominee and we need to get to know her fast. 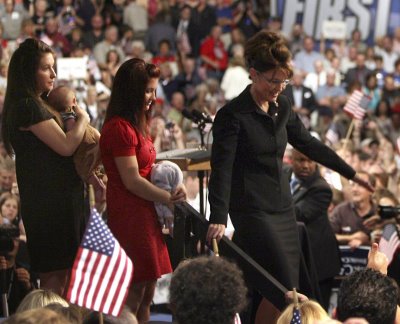 In other news, Barack Obama may upstage McCain on day of his nomination. Earlier in the day on Thursday Bill O’Reilly will interview Obama. This kind of ‘eclipse’ move on McCain’s day in the sun may cross the line as far as political etiquette, but knowing that the staunchly conservative Fox News is also willing to upstage the Republican nominee by giving his opponent face time is certainly revealing. McCain did campaign during the DNC, but on Obama’s day the only thing he put out was an ad congratulating Obama. Whether you think it crass or just good strategy, you can’t miss the interview equivalent of fire meeting ice.

For full coverage, any cable news outfit will do.

Jason Stürmer is a Staff Writer, and currently resides in California.