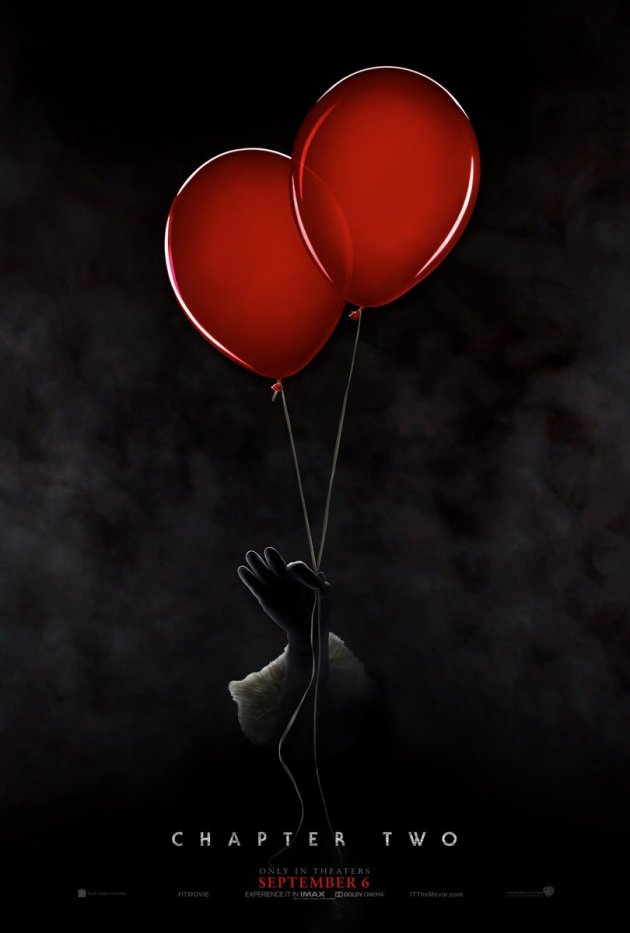 Twenty-seven years after the events of the summer of 1989, It (Bill Skarsgård) returns. The Losers’ Club fulfill their promises and return to Derry to put an end to the evil being once and for all. Unbeknownst to them, It has returned, stronger and crueler than ever.

Leave a comment Posted by Reserve Result. on December 12, 2017

Eddie Krumble [Ed Helms] moves to Los Angeles looking for a fresh start and becomes a professional paid audience member for infomercials and other live studio tapings, with his best friend Chris [Tracy Morgan] at his side. After a lifetime of drawing the short straw, Eddie seems to have finally caught a break as he forms a bond with winsome gas station attendant, Judy [Amanda Seyfried]. But when Eddie’s many disguises and telegenic enthusiasm catch the eye of a notorious late night talk show host and his producer [Adam Levine], they turn Eddie’s life into the newest national obsession, threatening his budding romance.

It’s Christmas Eve in Tinseltown and Sin-Dee [Kitana Kiki Rodriguez] is back on the block. Upon hearing that her pimp boyfriend [James Ransone] hasn’t been faithful during the 28 days she was locked up, the working girl and her best friend, Alexandra [Mya Taylor], embark on a mission to get to the bottom of the scandalous rumor. Their rip-roaring odyssey leads them through various subcultures of Los Angeles, including an Armenian family dealing with their own repercussions of infidelity. Director Sean Baker’s prior films [STARLET, PRINCE OF BROADWAY] brought rich texture and intimate detail to worlds seldom seen on film. TANGERINE follows suit, bursting off the screen with energy and style. A decidedly modern Christmas tale told on the streets of Los Angeles, TANGERINE defies expectation at every turn.