Leave a comment Posted by Reserve Result. on October 18, 2007

Jerry Seinfeld sells his latest film, Bees, by opening up to Parade and we’re thankful for it. Enjoy Seinheads. 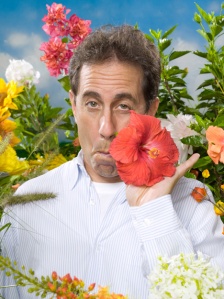 On Committing to a Career in Comedy

Even if I could just make enough to buy a loaf of bread and not starve to death, [being a comedian] would be the greatest adventure that I could ever go on. That was my decision. I said, ‘I don’t give a damn what happens to me; I’m doing this. That’s the only way to really do it. I didn’t know it at the time, but I was just like, as the poker players like to say, ‘all in.’ My parents thought, ‘Well, he’ll get a job; it’s just like something he’s investigating.