Leave a comment Posted by Reserve Result. on November 30, 2010

Artist and tatooist Scott Campbell collaborates with Louis Vuitton designers on its mens collection that was presented at Spring-Summer 2011 runway show in Paris [France]. And now, Louis Vuitton has release its first opus spot following Campbell on his NYC creative universe ride and ends with him leaving for an unknown destination.

Leave a comment Posted by Reserve Result. on November 28, 2010

I was a bit late for White Arrows live-performance at RVCA — but made it in time to check out Abe Vigoda‘s mini-set — which was great. Enjoy Michael Vidal, David Reichardt, Juan Velazquez and Dane Chadwick ‘roid. 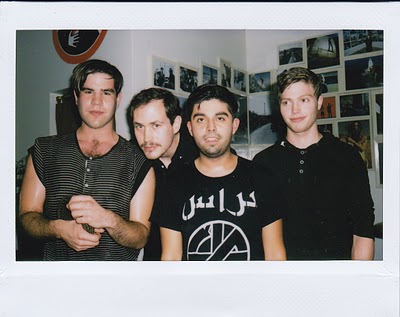 Leave a comment Posted by Reserve Result. on November 19, 2010

Filmmaker Spike Jonze directs Arcade Fire‘s new video for The Suburbs off their album of the same name, and it’s supposedly an excerpt from an upcoming short-film collaboration. Enjoy the vid ~

Leave a comment Posted by Reserve Result. on November 13, 2010

The Color Purple is one of my favorite film — partly due to its eternal impact and impression it made on me as young-man of color. Enjoy the original 1985 trailer ~

Leave a comment Posted by Reserve Result. on November 11, 2010 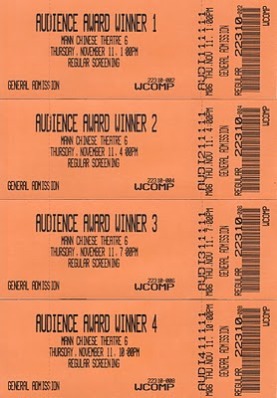 The AFI Film Festival 2010 jury will decide the Short Film awards. All films in the Short Films section are in competition for the Grand Jury Prizes for Life Action Short Film and Animated Short Film, both recognized by the the Academy of Motion Picture Arts and Sciences as qualifiers for the annual Academy Awards®. This year’s Short Films jurors are Kyle Patrick Alvarez, Kate Aselton, Greta Gerwig and Todd Luoto.

The American Film Institute is located at 2021 N. Western Avenue in Los Angeles, California [90027] and the festival runs Tuesday, November 4 through Thursday, November 11 – sponsored and presented by Audi.

Leave a comment Posted by Reserve Result. on November 9, 2010

The AFI Film Festival announces its secret screening film is The Fighter which is directed by David O. Russell and stars Mark Wahlberg, Christian Bale, Amy Adams and Melissa Leo — for festival attendees tonight at 9:30p.m. at Grauman’s Chinese Theatre. The festival is sponsored and presented by Audi. 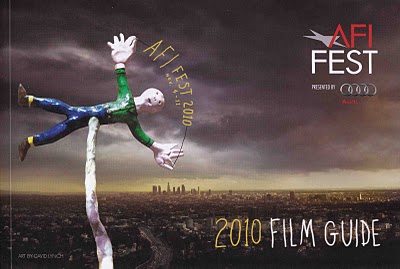 Inspired by an incredible true story, The Fighter is the stirring comeback tale of the unlikely boxing champ – Irish Micky Ward [Mark Wahlberg], and his half-brother, Dicky Eklund [Christian Bale], who decided that, no matter the odds against them and no matter their differences, they weren’t going to give up on their shared dreams without a fight.

The Fighter will be released by Paramount Pictures on December 10 in select cities, and nationwide on December 17.

American Film Institute [AFI] is America’s promise to preserve the history of the motion picture, to honor the artists and their work, and to educate the next generation of storytellers. As a national, public-supported educational and cultural organization, AFI provides leadership in film, television and digital media and is dedicated to initiatives that engage the past, the present and the future of the moving image arts.

The American Film Institute is located at 2021 N. Western Avenue in Los Angeles, California [90027] and the festival runs Tuesday, November 4 through Thursday, November 11 – sponsored and presented by Audi.

Leave a comment Posted by Reserve Result. on November 3, 2010

The dynamic-duo Paul Rojanathara and Davis Johnson release a short-film which is a Polaroid snapshot of New York influential creatives — advertising, design, fashion and entertainment — who are shaping today’s pop culture. The 13-minutes and 56-seconds short is presented by R+I Creative.

Influencers belongs to the new generation of short films, webdocs, which combine the documentary style and the online experience. The film attempts to understand the essence of influence, what makes a person influential without taking a statistical or metric approach.