Leave a comment Posted by Reserve Result. on November 23, 2011

On Saturday, November 19, graffiti artist POSE and photojournalist KC Ortiz unveiled Whitewash ~ their second exhibition at Known Gallery ~ and their most cohesive to date. 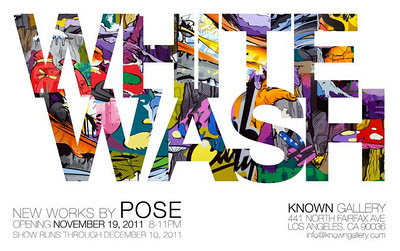 With this exhibition, POSE will recall a time before the buff. “I am digging into my fondest childhood memories of riding the train and seeing all the colors, letters and cartoon characters along the lines. Making these paintings has been an incredibly rich process, and it makes me thankful that no city official can eradicate my memories.”

POSE will show 15 new works in the main gallery. The work is rendered in his signature style—aggressive, hand-painted collages of pop-culture icons and ephemera—but feature deeper abstractions and new mediums. “I have six paintings on Plexiglass that were kind of an experiment,” POSE explains. “I wanted to be challenged by a new medium and process.”

For KC, Whitewash is about the people and places he photographs. “Much of the work I do covers those who have been ‘whitewashed,’ so to speak, by history and policy,” KC notes. “Specifically, the work I will be exhibiting is from West Papua and Burma. You won’t find either of those ‘nations’ on the map, as both have been essentially ‘whitewashed’ away. Burma has been renamed Myanmar by its ruling junta in order to establish the fantasy of a unified nation, and West Papua has been occupied by Indonesia since 1963 after a very controversial handover from the Dutch that was orchestrated by the United States.”

In the project room, KC will show 12 photographs of West Papua and Burma’s armed struggles. “The struggles are unified in their nature under the theme of resistance, the victimhood of whitewashing by the world at large, the beauty of their people, and the strength of the human spirit and dignity,” KC notes.

Leave a comment Posted by Reserve Result. on November 11, 2011

Although not every artist is as attentive to fashion as Kanye West – style does make its way into their lives. Sometimes driven by practical purpose, other times by personal expression or as part of performance, fashion plays a role in the aesthetic landscape of many artists.

In this episode, we talk with a diverse array of creators about the relationship of style and fashion to their lives and work. Featured artists include the songwriter Yuna from Fader Label, street artist WK Interact, skateboard deck and apparel designers 5boro, painter and toy designer Tara McPherson, and artist Casey Spooner of Fischerspooner.

Leave a comment Posted by Reserve Result. on November 10, 2011

A Cleveland, Ohio native, Jonathan Mannion began capturing images of up-and-coming urban music superstars after working for a year with world-renowned photographer Richard Avedon. In 1996, he launched his professional career by shooting the photographs for the classic hip-hop album Reasonable Doubt by Jay-Z. In the years since, Jonathan’s photography has grown alongside the culture he so loves, helping to visually define an era of urban music. As DJ Quik once pointed out to him, the world sees hip-hop through his eyes. However, he is modestly circumspect about his role.

I’m just a messenger, he observes, and I’ve been given a talent to document an extremely important era of music history. I have a love for hip-hop that goes back to when I was a teenager, and I feel blessed to have had the chance to shoot the artists I’ve worked with. I’ve had the opportunity to grow with them and the photos I’ve shot over the years have become visual bullet points of their creative evolution and mine.

Leave a comment Posted by Reserve Result. on November 9, 2011 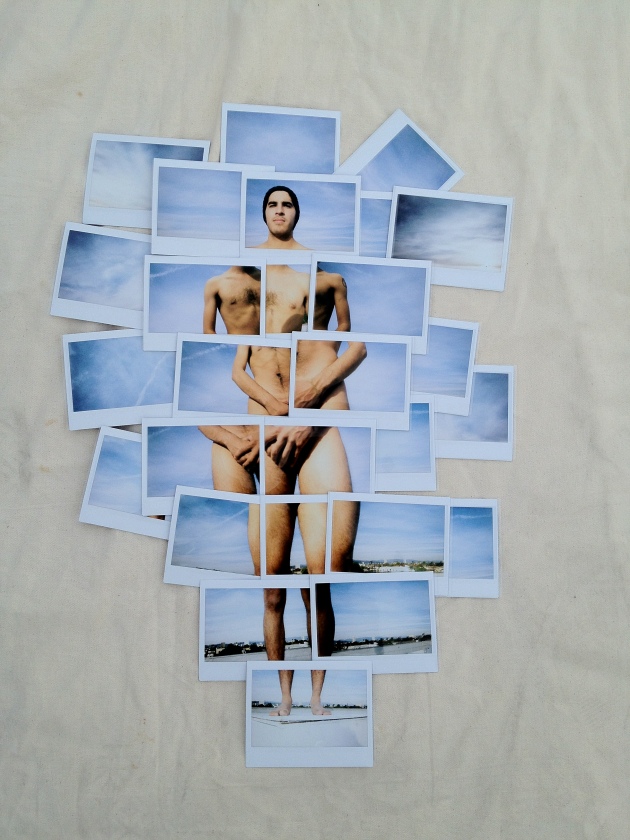